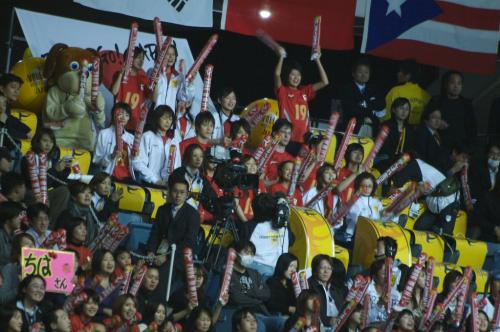 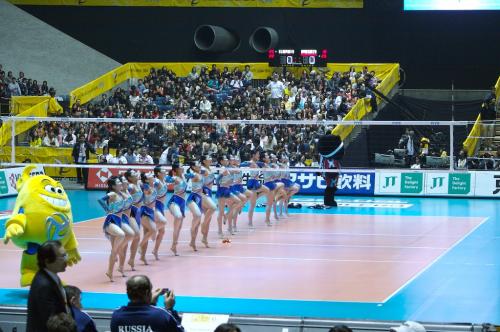 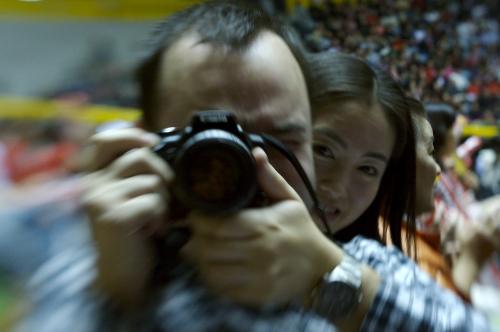 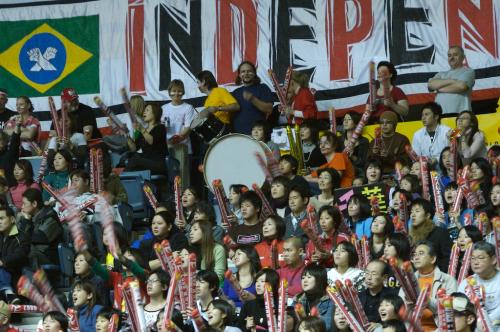 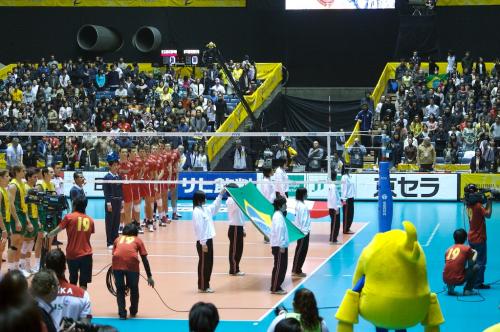 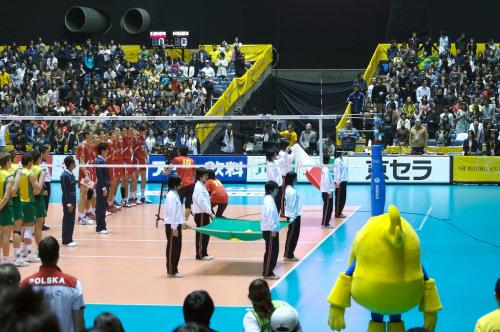 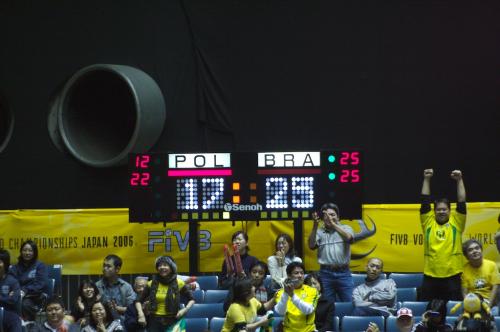 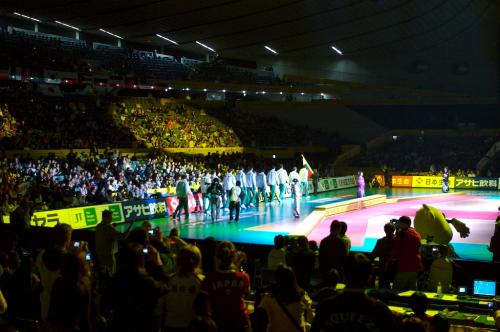 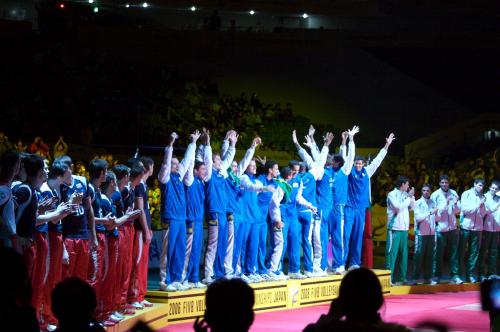 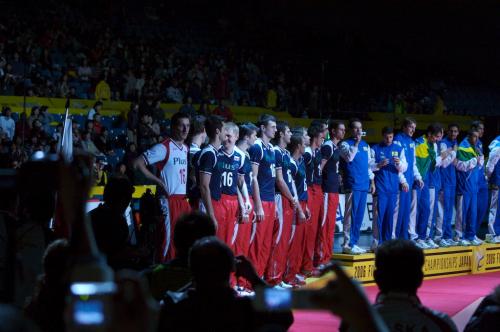 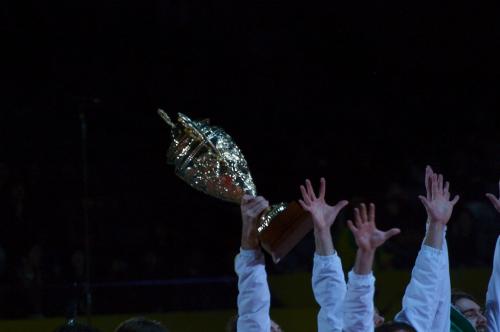 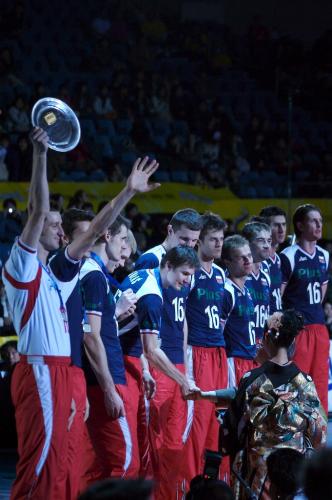 No i koniec, wywieszenie flag 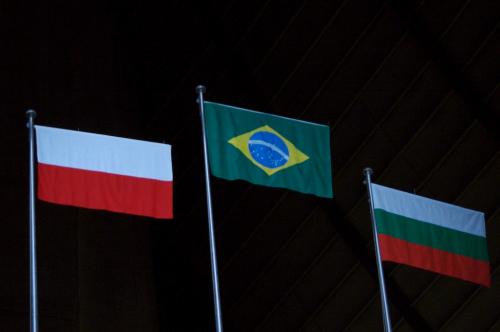 Unfortunately only second place, not too bad but could have been better, Polish team got that far and finally they saw how real volleyball is like ;-)

Japanese VIP section – Ayumi Hamasaki and others during Japan game.

And that’s all, hanging flags.

Next day we went to the opera, photos coming up later.